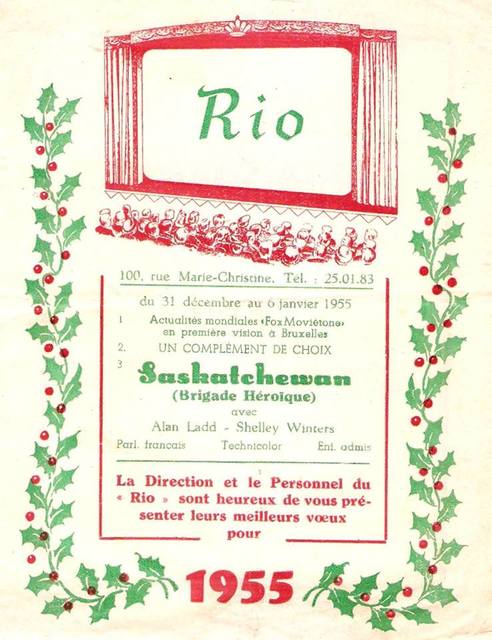 This was the oldest cinema in the north Brussels district of Laeken. It opened in 1910 under the name Cinema de l'Odeon, then became the Odeon Cinema. It was re-named Rio Cinema from 1930 and was equipped for sound films. It was under the direction of the Soudan Circuit and in 1935 it was enlarged. It was renovated in 1947 and in 1953 architect Rene Anjoux was employed to remodel the cinema in a Streamline Moderne style which can be seen today. It was also at this time equipped to screen CinemaScope films. The Rio Cinema specialised in popular films such as westerns, and B-grade serials. Elvis Presley in “Jailhouse Rock played here in July 1959. The Rio Cinema was closed in 1975 and became a supermarket.

In 2020 the supermarket vacated the building which has been granted heritage listing, and plans are to reopen it as a cultural centre and for special events. On 19th September 2020 the trailer for the James Bond film “Thunderball” was screened from the balcony by a 35mm projector.