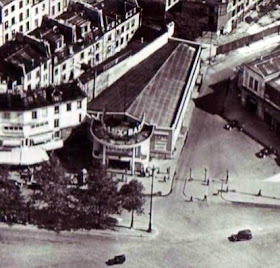 The new Opera Bastille was built on the site, opening in 1989.