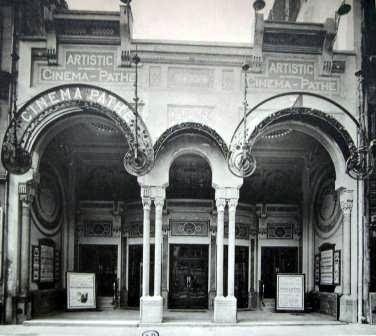 Located in the north of the city centre on a side street off the Boulevard de Clichy. This was the second Artistic Cinema Pathe to open (the other 496-seat was located opposite at 62 Rue de Douai which opened 7th July 1907). This larger Artistic Cinema Pathe opened 19th March 1913 and was designed by architect Marcel Oudin. It had been re-named Artistic by 1929. Later remodelled in an Art Deco style, it was closed in 1969.

It was demolished and a post office was built on the site. In 2014, that building was vacant and for sale.