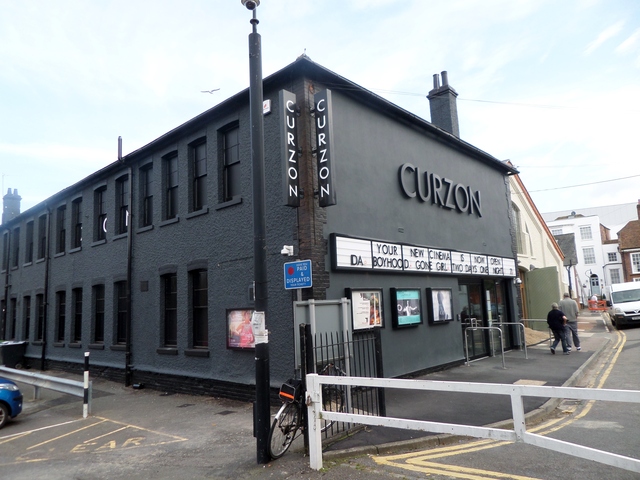 A new cinema occupying a former dance hall and one time wartime drill hall which was slated for demolition in 2011. Instead the two adjacent buildings have been leased out by the City Council, with the Curzon Cinema on the left side which opened 17th October 2014 with a film festival. Opening films are “A Canterbury Tale” and “Waltz with Bashir”.

For the record, Screen 1 (downstairs) seats 66, while Screens 2 and 3 (upstairs) seat 88 and 66 respectively. The cinema is described in Curzon publicity as “bijoux boutique”, and that’s about right! All three screens are very comfortable and well equipped. However, ‘shoe-horning’ three screens into such a relatively small space was always going to be difficult, and the auditoriums do feel very cramped. I was fortunate that the film I saw – “The Imitation Game” – was in the largest screen and there were only a few other patrons for the early afternoon show. However, a larger attendance might well have led to problems with sight-lines – and sitting on the front row would, for me, be far too close.