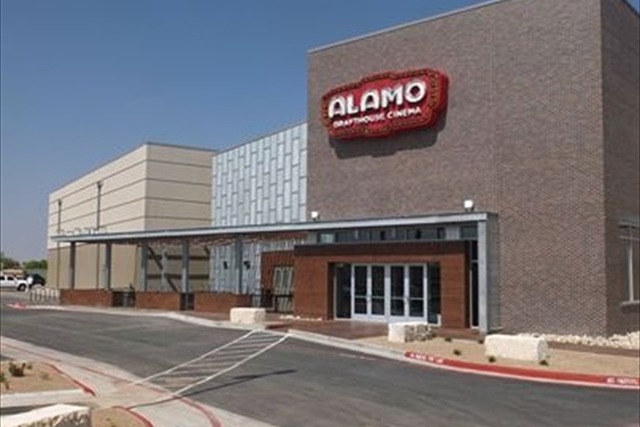 The Alamo Drafthouse Cinema opened on April 25, 2014, offering full service dining and beverage options. According to the architect, 5G Studio, the 8 auditoriums are flexible and can be used for movies or meeting places for corporate events. The Drafthouse has rules that all patrons must be 18 years and older or accompanied by an adult with no admission at all for children under six.

Recently Alamo Drafthouse Cinema has been receiving recognition in the national media. Entertainment Weekly called the Alamo Drafthouse “the best theater in America.” In April of 2014 CEO Tim League entered the big leagues when he was profiled in respected Forbes Magazine and it was said: “The Alamo Drafthouse theater chain based in Austin, Texas has built a reputation on their love of movies, creative programming and perhaps more recently for its stringent no texting and talking policies. For the uninformed, Alamo strictly prohibits using one’s cell phone for any reason during a movie. Rule breakers are warned once, and upon a second infringement are unceremoniously kicked out the theater—with no refund.”

“Many people became aware of this chain in 2011 when Alamo released captioned video of a voicemail from an angry customer who had been kicked out of the theater. The video went viral and CNN’s Anderson Cooper said that Alamo Drafthouse CEO, Tim League, should win the Nobel Peace Prize for bringing civility back to going to the movies.”

Mr. League started with one theater in Austin in 1997 and by 2014 the chain had grown to 22 theaters in 6 states. “League said that his mission has always been and will continue to be to ensure every guest has an awesome experience and is excited to come back.”

Photos of the Alamo Drafthouse Cinema in Lubbock can be seen on this page at the web site of the architects, 5G Studio Collaborative.