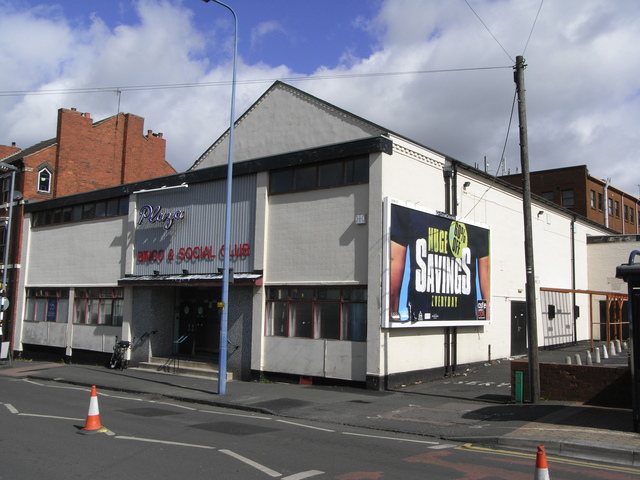 Located in Old Hill, now part of Cradley Heath in the West Midlands. The Grand Theatre was opened on 4th August 1913 with Part 1 of the film “Our Navy”. The theatre presented variety shows with some film as part of the programme. The proscenium is 27 feet wide, the stage 19 feet deep, and there are six dressing rooms.

It was equipped with a Western Electric(WE) sound system on 5th December 1932 when “Tarzan, the Ape Man” was screened. It was then used mainly as a cinema, but the local Cradley Heath Operatic and Dramatic Society used the building occasionally. The last film screen was Jack Hawkins in “The Small Back Room” on 18th March 1950. It then went over to live shows, which lasted for around a year.

The building then lay empty until 1960 when it was converted into the Plaza Ballroom. It was given a new façade, designed by noted cinema architect Archibald Hurley Robinson & Son. It became a bingo club in 1970, which continued to operate until 2008. After a period of disuse, it re-opened on 28th May 2010 as the Platinum Plaza, presenting live entertainment. The front of the building is now covered with metal sheeting.