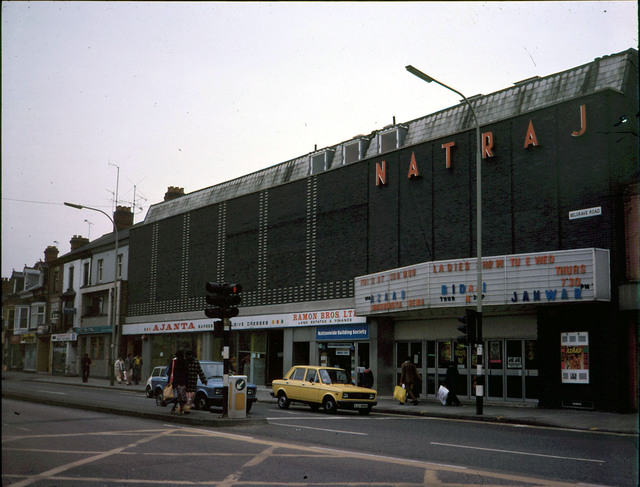 Located in the Belgrave district to the north of the city centre. The 700-seat Natjar Cinema was opened on 26th November 1974 with “Aap Ki Kasam” starring Rajesh Khanna. It was built for and owned by the Asian owners the Amrat brothers and cost half a million Pounds, and was said to be the only Asian cinema built in the UK by the Asian community.

Not long after opened, a small 150-seat cinema was opened in the building which specialised in showing European films, but this was not a great success and soon closed. There was also a restaurant in the building.

The Natraj Cinema suffered from the availability of pirated video tapes of East Indian films, and was closed by 1987. It now houses a shop selling saree’s and a bank.