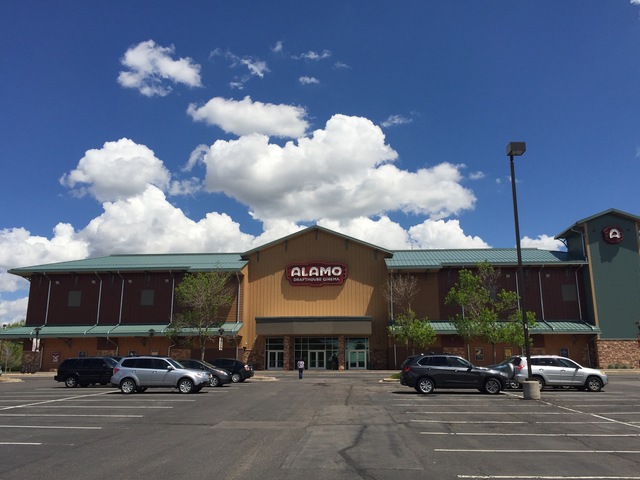 The Alamo Drafthouse Littleton opened on March 25, 2013, in the Aspen Grove Shopping Center. It was designed by Weiss Architecture with 7 screens and 900 seats. The largest auditorium has 204 seats and the smallest 40.

The Denver Examiner reported that on opening night the Drafthouse would celebrate an evening with Pam Grier, “Denver’s own blaxsploitation queen of grindhouse cinema.” “She’ll be appearing live in an intimate discussion and Q&A to discuss her astounding career and receive a ‘Badass Hall Of Fame’ award presented by Badass Digest’s Devin Faraci.”

This was Alamo’s first Colorado location and like all Alamo Drafthouses it has an 18 years and older policy with no talking and no cell phones during the movie. After being warned twice, you are asked to leave. The Denver Post noted that it has 32 craft beers from 20 local breweries.

On November 1 and 2, 2014, the Drafthouse honored the departed Elizabeth Pena, by presenting her films, “La Bamba", “Jacob’s Ladder", and “Lone Star".

Finally loaded a picture in the Photo section.