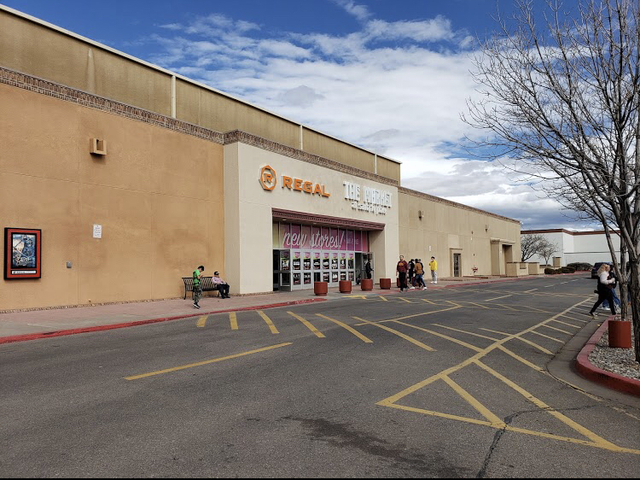 When Commonwealth Theatres opened the Cinema Six on July 31, 1985, it was a milestone for Santa Fe. According to the Santa Fe New Mexican, it not only doubled the number of screens in town, but now Santa Fe would be able to get the new releases at the same time as Albuquerque and Dallas. The capacity of the 864-seat theater was 273 seats in the largest auditorium and 92 in the smallest.

In 1985 Commonwealth Theatres was the sixth largest chain in the U.S., with four locations in Albuquerque. In November of 1988, Commonwealth sold their theaters to United Artists and the local theaters were listed under the banner UA/Commonwealth. In July of 1991, the six-screen United Artists North opened at the mall and the Cinema Six, after a remodel, became the United Artists South.

In 2002 United Artists Theatres was folded into Regal Entertainment Group. According to the New Mexican, United Artists South closed on January 7, 2007 in preparation for the new Regal Cinema in Plaza San Isidro, which opened on April 16, 2007.

The United Artists South was reopened on December 14 2018 as the Santa Fe Place by Regal Entertainment Group. It now has 5 screens

This theatre is being reopened by Regal this month.

Reopened on December 14th, 2018 as Santa Fe Place with 5 screens. This is the first Regal cinema with its new logo. Grand opening ad posted.