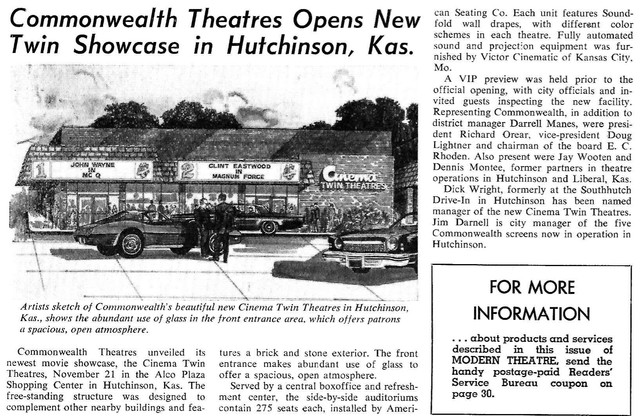 Commonwealth Theatres opened the Cinema Twin on November 21, 1973. The Hutchinson News noted that the theater was managed by Dick Wright, who had been managing Hutchinson theaters since 1954. Each auditorium, with its own color scheme, had 295 seats.

Later operators were United Artists Theaters in October 1988 and Crown Cinemas in November 1990. The Cinema Twin closed on December 31, 1995 and since 1998 the building has been home to Brown’s Shoes.