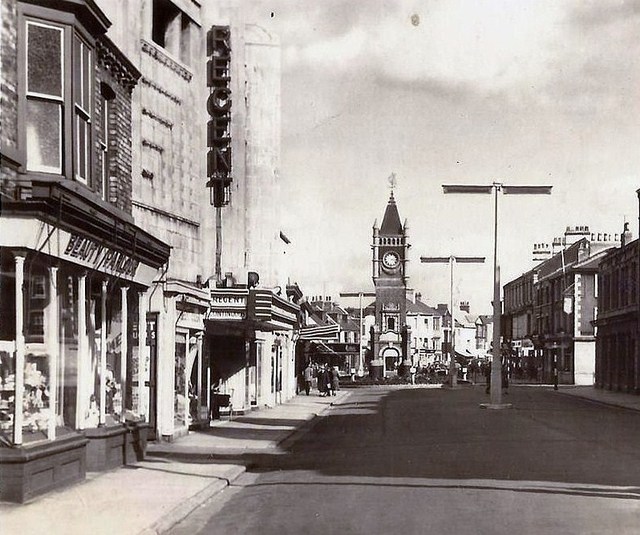 Located close to the Central Cinema and part of the old railway station. The Regent Cinema was opened in August 1935. It was operated by Thomas Thompson of Middlesborough and was equipped with a Western Electric(WE) sound system. The Regent Cinema was closed, together with the Central Cinema on 23rd July 1964 and were demolished for redevelopment.

The ‘Regent’ name was passed over to the New Pavilion, which operated as the Regent Cinema until April 2018, and has its own page on Cinema Treasures.