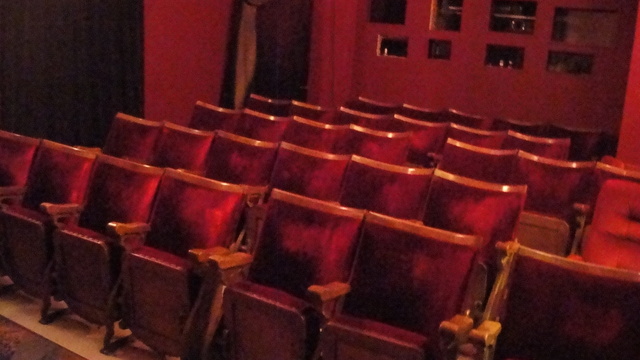 Opened in 1986, the Cinema Museum is devoted to keeping alive the spirit of cinema from the days before the multiplex. Set in historic surroundings in the south London district of Lambeth, close to the Elephant & Castle, in the former Lambeth Workhouse (built in 1726) which at one time was home to the destitute mother of Charlie Chaplin and her son. The Cinema Museum houses a unique collection of artefacts, memorabilia and equipment that preserves the history and grandeur of cinema from the 1890’s to the present day.

Events take place in either the impressive and spacious hall (originally the former workhouse dining room) which has 150-seats, or the atmospheric 36-seat screening-room, with its old cinema seats and illuminated signage. The events provide an excellent opportunity to explore the Museum.

Films are whenever possible shown using traditional 35mm and 16mm film projectors. The Cinema Museum is available to visit on guided tours, which must be booked in advance.

The Cinema Museum is a non-profit organization and is run entirely by volunteers. It is a Grade II Listed building.