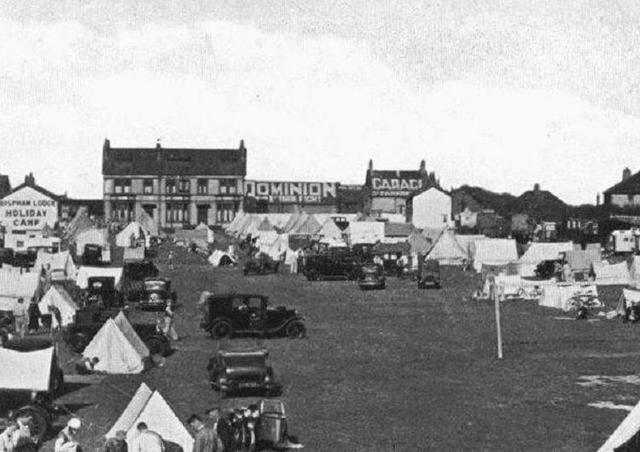 Located in the north Blackpool suburb of Bispham. The Dominion Cinema was opened in June 1938 by Arthur Hall of the Palladium Cinema, Blackpool. It had a 36 feet wide proscenium, a 16 feet deep stage and two dressing rooms. It was equipped with a Western Electric(WE) sound system. It was taken over by the J.F. Emery circuit in 1948.

The Dominion Cinema was closed in September 1962. It has since been demolished and a parade of shops were built on the site.