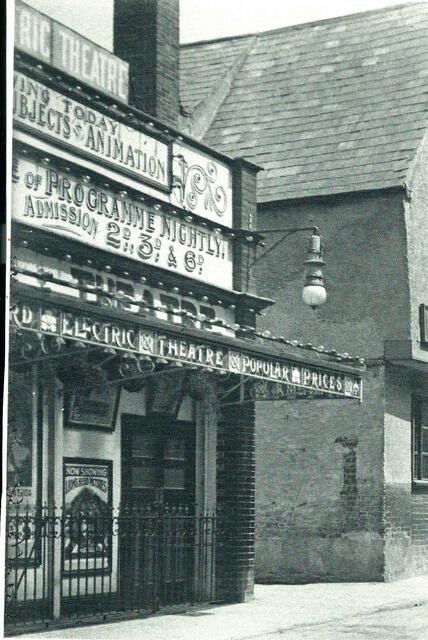 Built as a shop and warehouse in 1908, it was converted into the Oxford Electric Theatre to the plans of architect John R. Wilkins, opening on 16th November 1910. Later re-named Picture House, it was closed around 1923.