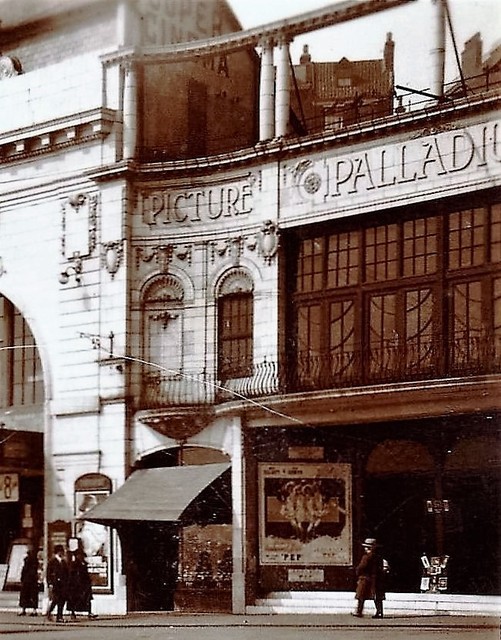 Built for and operated by William Catlin and designed by Scarborough architect Frank A. Tugwell. Plaxtons of Scarborough were the builders. The Palladium Picture House opened on the 1st July 1912 and claimed to be the most modern cinema in England. Much was made of the ornate ceiling in the auditorium and the marble staircase leading to the balcony. The facade was faced with the same white faiance tiles as used for the later 1921 built adjacent Futurist Theatre. On 9th April 1921 it closed, the final film being “Pride of the North”.

The adjoining Futurist Theatre was nearing completion (also designed by Tugwell) and the Palladium Cinema had a stage built behind the screen during its final months of operation, and the cinema needed to close to allow for this to be knocked through. It reopened as the Arcadia Theatre on the 14th May 1921. It still showed films on occasion out of season but was primarily a live venue until 1966 when it closed for good. Much of the auditorium was used to extend the Futurist Theatre stage, and the remaining space was utilised as the Minstels Lounge.

This part of the complex is being demolished