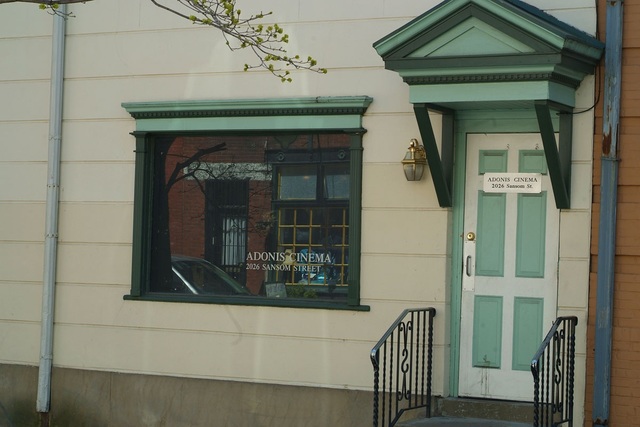 The Sackett Screening Room was opened in January 1974 playing classic movies. It was not a great success and two weeks after opening it switched to screening adult movies. By 1975 it was screening gay adult movies and was renamed Adonis Cinema by 2004. These are still being screened in 2019.

Maybe the absence of details is for the best!

I am going to be staying a few blocks away from here on a trip in early 2022, I may get a few photos of the outside and the closed Roxy across the street. I don’t think I’ll brave entering though.

Brandon, I was on the block today but did not take a photo of this or the Roxy. The facade of the closed Roxy, which is for sale, looked the same as my last photo in August which I have now added to the Roxy’s page.

Thanks for your reply. I have been desperately searching for adult cinema action. I am only 57 years old. I still have a few more years left to have fun. Where in NYC or NJ can I find a theatre like the Adonis?