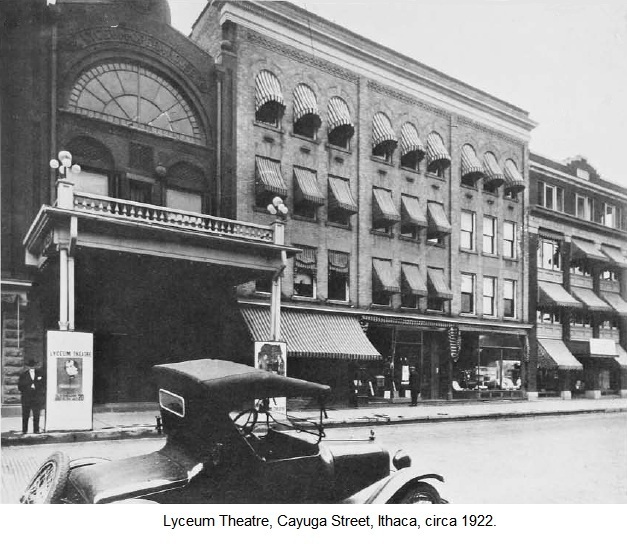 The Lyceum Theatre opened in 1893, and for many years was Ithaca’s leading house for stage productions. It was an L-shaped theatre, with its entrance on Cayuga Street and the auditorium running behind the neighboring buildings south to Green Street. The theatre was designed by Leon H. Lempert & Son.

Part way through the 1924 season, the Lyceum Theatre was placed on the “unfair” list by the musician’s union, and the stagehands also walked out. Management canceled the remainder of the season and began showing movies on October 30. Movies had been shown at the house earlier, but only occasionally.

The Lyceum Theatre remained a movie house for most of the remainder of its existence, presenting only a few live events, with little success. It was closed within a few years, and by 1934 it had been demolished. Ithaca’s City Hall was built on the site of the auditorium, and an office and commercial building was erected on the site of the entrance.