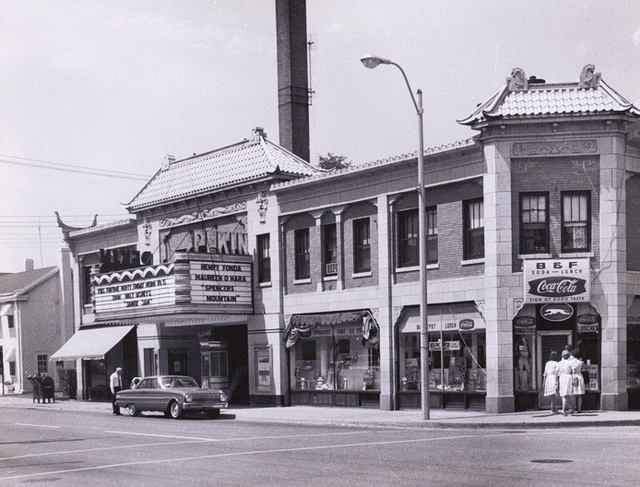 The Pekin Theatre continued the striking style of architect Elmer Behrns (the Egyptian Theatre in Dekalb, Illinois and the Arcada Theatre in St. Charles, Illinois). The interior decor was in an Oriental style including ancient Chinese pogodas and Chinese goddess figures. Similiar to other theaters of the late-1920’s, the ceiling “stars” delivered the Atmospheric style to compliment the Oriental style decor.

The Pekin Theatre opened November 27, 1928 and closed in 1980. It was demolished seven years later.

From the book Silent Screens, I thought this was a neat anecdote about the demolition of the Pekin Theater:

from a report in the Pekin Daily Times (December 30, 1986) on the salvage operations at the Pekin Theater, where coins, wallets, and a class ring were found in the concrete ducts running beneath the main floor.[/i]

Check out this link for a couple pics.
http://hallk.blogspot.com/2011/06/pekin-theatre-pekin-illinois.html

The Pekin Theatre probably opened in late 1928. A brief announcement that the house had opened appeared in the January 6, 1929, issue of Film Daily.