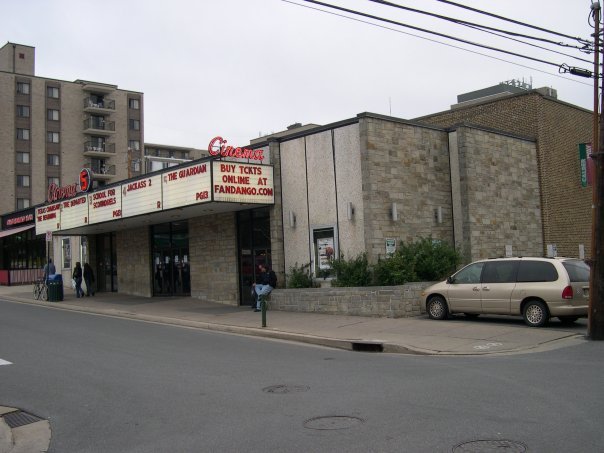 Located in the Campus Shopping Center. The Cinema 1 & 2 was opened as a fully automated theatre by Associated Theatres on October 10, 1967 with Lee Marvin in “Point Blank” & Sylva Koscina in “Made in Italy”. It had a total seating capacity of 1,100. In the early-1980’s Cinemette renovated the theater, and turned it into a five screen house. It was last operated by Carmike Cinemas.

The Cinema 5 was the last movie theater in operation in downtown State College. It closed December 20, 2007.

Sorry Jack. When Facebook changed their privacy options, I must have made all my albums visible to friends only. This should be corrected now.

Does anyone know the status of this theater now? Is it for sale?

This is the theater that housed all the Star Wars reissues in 1997; considering the surrounding choices at the time, it was not a half-bad presentation and they put in DTS sound around 1996.

Hello Jack, would love to be able to use some of your infomraiton for a histrocial plaque that we want to do on the building. Any problems withe doing that?

Of all the theaters that have closed in State College, this one hurt the most. I saw so many movies there. I remembered standing in line with my dad for HOURS to see “Star Trek: The Motion Picture” and going on dates there with my future wife before we got married and left town. I even worked there for a time. I was back in town when they were gutting it a few years ago and it was like the last few shreds I had of my childhood got shot right in the head. The town I grew up in was no more.

Associated Theaters operated the Cinema I and II for the years I attended PSU (1969-73). I saw many films there during that time. It looks like it was kept in good condition right to the end.

The October 10, 1967 opening means Associated Theatres missed thier target date. The August 7 issue of Boxoffice had reported that the twin was expected to open in early September.

I’m wondering if the giant box of popcorn displayed on the Calder Way side of the building is an artifact left over from the theater operation. The theater closed over ten years ago and the building was converted for retail use, and though it is currently occupied mostly by restaurants I doubt any of them serve boxes of popcorn.