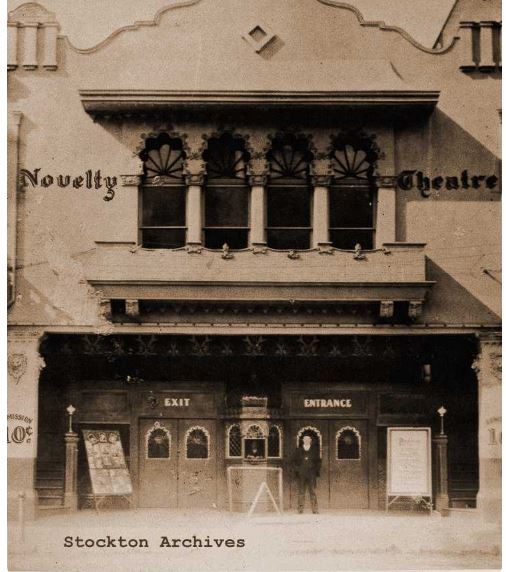 According to the photo book “Downtown Stockton", by Daniel Kasser, the Novelty Theatre was Stockton’s first movie theater in 1906.

It was mentioned in the Lodi New-Sentinel in July of 1908 when a fire broke out in the projection room. The Novelty Theatre advertised with advertisements like this: “Their program consists of four reels of the latest pictures, with music played to fit each situation” or “Good last week, better this week, best next week".

The Sanborn Insurance Maps of 1917 show the building empty and according to Wright Realtors, the Newberry store was later built on the site.