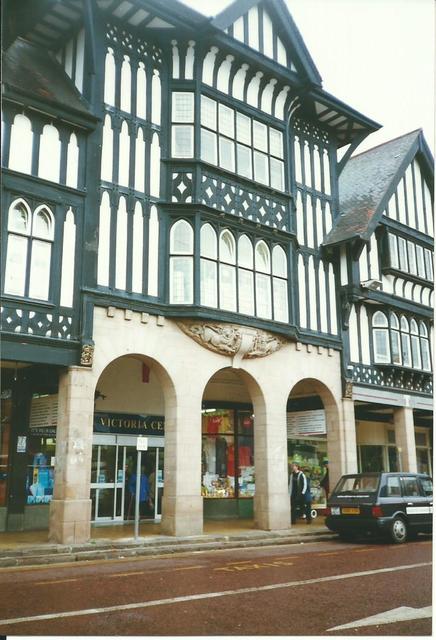 The Victoria Cinema was designed by architect W. Cecil Jackson of architectural firm Jackson & Fryer, and had seating in stalls and circle levels. The auditorium had a barrel-vault ceiling. It opened on 1st December 1924 with “The Colleen Bawn”. The projection box was at the rear of the stage. The cinema also boasted a café, dance hall and billiard room. Talkies came on 29th July 1929 when Al Jolson in “The Singing Fool” opened at the Victoria Cinema and played for two weeks.

The Victoria Cinema was taken over by the Circuits Management Association (soon re-named Rank Organisation) on 28th May 1956 and was re-named Gaumont. The Gaumont was closed on 30th January 1965 with Albert Finney in “Tom Jones” and “Happy Anniversary”.

It was converted into a Top Rank Bingo Club from 11th February 1965 (the former billiard hall had been in use as a bingo club since around 1960). The cafe/restaurant remained open. The bingo club was closed on 29th December 1968, and the building was sold for redevelopment of the Victoria Shopping Centre. In 2019 the auditorium survives (unused) and the Tudor Revival style façade remains.

This should not be listed as “demolished” as both facade and auditorium block survive. It is very likely that the interior has been largely destroyed, but as the building is currently unused it is not possible to verify.