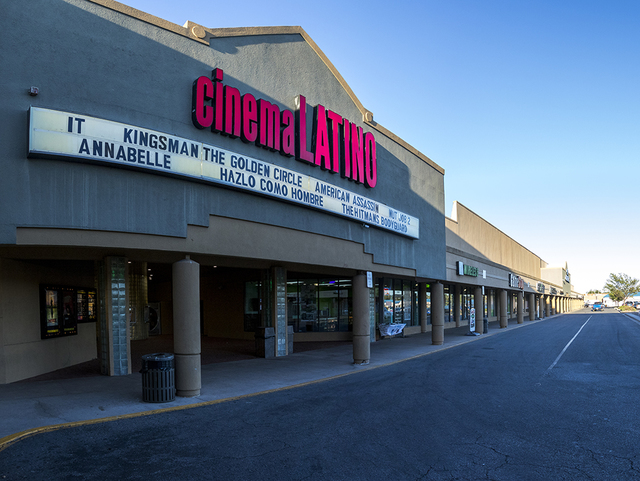 This theatre catered for the Latino audience showing first-run movies. It was closed on March 16, 2020 due to the Covid-19 pandemic. The operators filed for bankruptcy in August 2020 and the closure was made permanent.

I could be wrong but I’ve never heard this theatre called just the Cinema De Aurora. Cinema Latino de Aurora is what it’s called. It’s also been the Super Saver 8 as well as the Aurora 8.

Sonora Entertainment Group started its first theater in Aurora, Colorado taking on the Super Saver 8 location in 2001 with American hit films dubbed into Spanish and Spanish-language films with English subtitles. The theatre was rebranded as Cinema Latino de Aurora. Sonora opened five theaters in its operation. Two unsuccessful locations closed quickly in Las Vegas and Colorado Springs. A Fort Worth, Texas location proved successful and a Phoenix location remained into the 2020s along with one in Pasadena, Texas. Two announced Chicago locations appeared to have not opened.

Sonora Entertainment suspended all of its programming following movies as of March 16, 2020 for the COVID-19 pandemic in its three locations, here at the Sonora Cinemas Aurora, Sonora Cinemas Phoenix, and the Cinema Latino in Pasadena, Texas. The Circuit filed for Chapter 7 bankruptcy protection in August of 2020. In 2021, Sonora Cinemas dissolved making the March 16, 2020 closure permanent.

Silver Cinemas operated this also as a sub-run discount house until May 1, 2000 when it shut down 17 locations including here as the. super Saver 8, the Kipling location as well the Arvada.