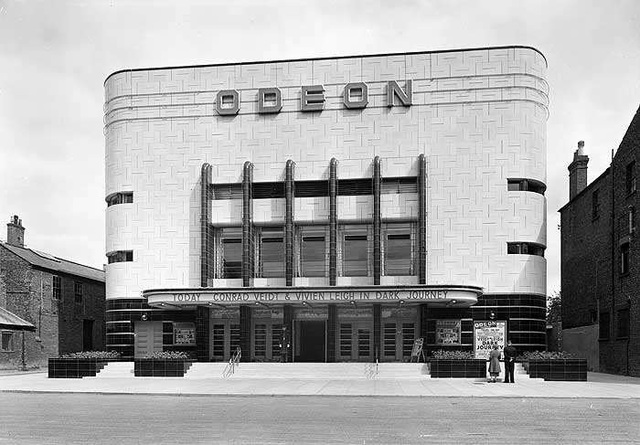 Located on the corner of South Square and Duckfield Lane in Boston, Lincolnshire. Built for Oscar Deutsch’s Odeon Theatres Ltd. chain, the Odeon opened on 18th August 1937 with Vivien Leigh and Conrad Veidt in “Dark Journey”. It was designed by Harry Weedon assisted by Budge Reid out of the architectural firm Harry Weedon Partnership Ltd. The Odeon had 1,087 seats in the stalls and 525 in the circle.

It was taken over by the London based Classic Cinemas chain and was re-named Classic Cinema on 10th December 1967. From 31st January 1968 it was playing split weeks of cinema & bingo use. It was taken over by an independent operator and re-named Haven Cinema on 2nd December 1981. The stage was enlarged by bringing it forward into the auditorium and storerooms at the rear were converted into dressing rooms. A series of live pop concerts were held including a sell-out performance by Tina Turner. Again it was operating part of the week as a bingo club. The Haven Cinema was slightly damaged by a fire caused by a discarded cigarette on 27th May 1987. The film showing was Tom Cruise in “The Colour of Money”. In the 1990’s the former cinema played host as a dance venue, where regular dance events were held. This lasted until its closure and demolition in January/February 1999.