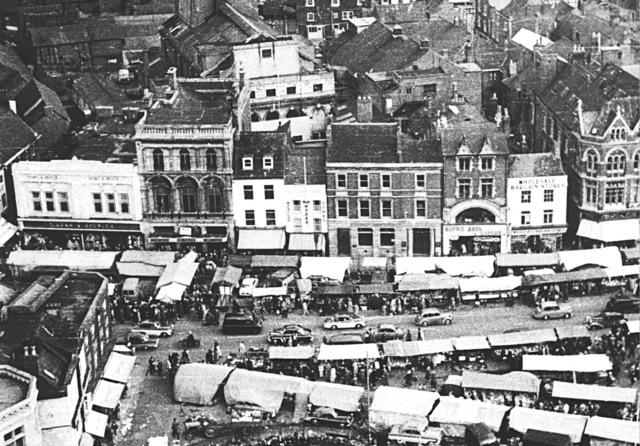 Located in Boston, Lincolnshire. The building was first erected in 1853 as a Corn Exchange, and was also used for concerts and later roller skating. It was converted into the New Electric Theatre on 22nd December 1910 with a screening of “Faust” (a 12 minute film) plus variety acts on the stage. The New Electric Theatre was closed in April 1926 to allow for a new stage house and projection box to be built.

It re-opened as the New Theatre on 21st June 1926 with Buster Keaton in “Go West”. It now had a 27 feet wide proscenium, a 30 feet deep stage and six dressing rooms. Annual pantomimes were staged around Christmas for many years. When the Regal Super Cinema and Odeon Theatre opened in the town in 1937, the New Theatre became a second run cinema, but still had variety shows on its stage for several weeks of the year. It was never equipped with CinemaScope, and was closed on 5th March 1960 with Ronald Reagan in “Tropic Zone” and John Payne & Rhonda Fleming in “Crosswinds”. The following two weeks it presented “Wakey! Wakey! starring Billy Cotton and His Band on stage, which closed on 20th March 1960 playing to a full house.

The equipment was stripped out of the building and transferred to the Regal Cinema. The New Theatre was demolished between October 1961 and February 1962 and on the site was built an extension to the adjacent Marks & Spencer store.