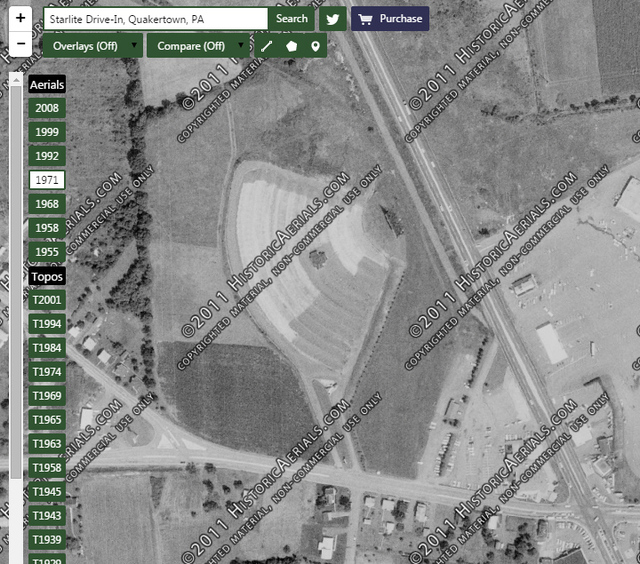 The Starlite Drive-In could be seen on the west side of PA Route 309 heading north out of Quakertown. The Starlite Drive-In was built in the mid-1950’s and remained operational for nearly thirty years. The screen and concession stand were demolished in 1993 and the property was leveled to build a strip mall known as Trainers Shopping Center (recognizing the iconic Trainers Restaurant which was located at the intersection of PA Routes 663 and 309).

A Burger King currently stands where the Route 309 entrance to the Starlite Drive-In once was.