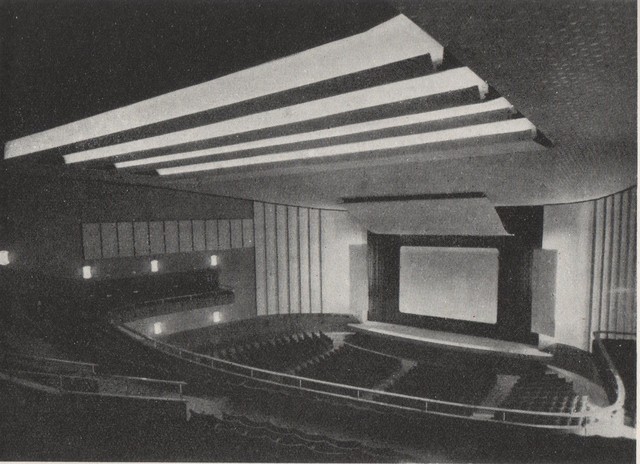 Located in the suburb of Zona Solari to the southwest of the city centre. The Cinema Orfeo opened in 1936. Seating was provided for 1,700 in the orchestra level and 800 in the balcony. It was damaged in 1943 during World War II and after being repaired it re-opened in 1949. From the end of 1959 it was considered to be a second-run cinema. However its size worked for it as from 1987 it became a concert hall hosting many top-name artistes including:Gerry Mulligan, Stan Getz, Dizzy Gillespie, James Brown, Lou Reed, Al Jarreau, Leonard Cohen, Tina Turner, Pat Metheny, Gypsy Kings plus many Italian artistes.

It was demolished in the 1990’s and an apartment block was built on the site, which includes the current 3-screen Orfeo Multisala cinema (which has its own page on Cinema Treasures).