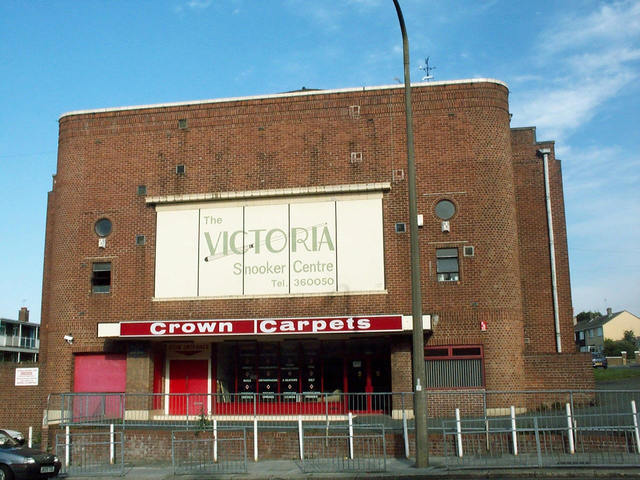 Located in the St. Budeaux district in the northwest of Plymouth. The State Cinema was under construction when World War II was declared and it was allowed to be completed. It opened on 16th November 1939 with Deanna Durbin in “That Certain Age”. Designed by architect David Evelyn Nye in a Streamline Moderne style, the façade was a mass of brick, broken only by a large centrally place window which allowed light into the circle foyer and a small round window on either side. Inside the auditorium it had a 40 feet wide proscenium and was equipped with a Western Electric(WE) sound system.

It was part of the Jackson Withers Circuits, and was the first cinema in the Plymouth area to be equipped with CinemaScope and stereophonic sound. The proscenium was widened to 42 feet at this time.

In the late-1960’s it was taken over by the Rank Organisation and re-named Mayflower Cinema. They applied for a bingo licence and soon after films were dropped and it became a Top Rank Bingo Club.

In recent years it has become a Crown Carpets store, with the Victoria Snooker Club operating from the circle foyer. By the 2014 the building was vacant and boarded up. It was demolished on 21st December 2021.