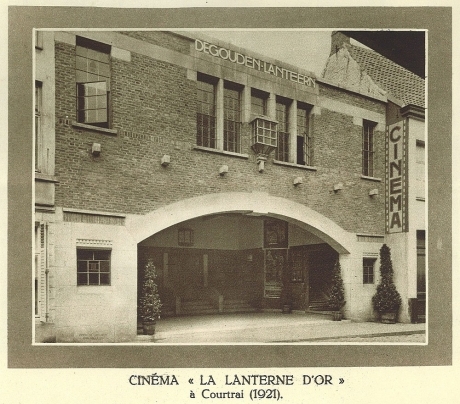 The cinema opened in 1921 named De Gouden Lantaarn, it was the first building in Kortrijk built with armed concrete.

In 1970 the name changed to Cinema Orly, and in 1980 it became part of the Limelight, a cultural association. After transformations the seating remained only on the balcony for viewing the occasional movies.

The Limelight eventually moved to become the Budascoop, in the old 5-screen Pentascoop they took over from the Kinepolis Group.