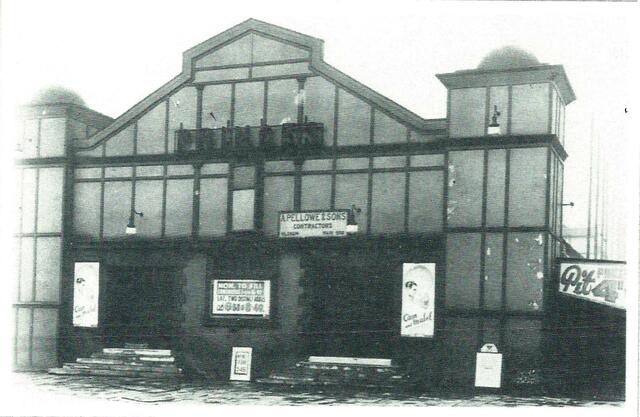 Located in the east Manchester district of Openshaw. The King George’s Picture Theatre opened in 1915. It had a seating capacity for 1,600 and had a 28 feet wide proscenium. In 1926 it was taken over by the J.F. Emery Circuit, but they only operated it for one year.

In 1930 it was re-named Prince’s Cinema after having an Art Deco style makeover. It was equipped with a British Talking Pictures(BTP) sound system. By 1937 it was part of the H.D. Moorhouse Circuit.

The Prince’s Cinema was closed on 28th October 1961 with a Walt Disney double bill; “The Absent-Minded Professor” and “The Horsemasters”. It became a nightclub named the Domino Club, and after that closed the building was demolished.