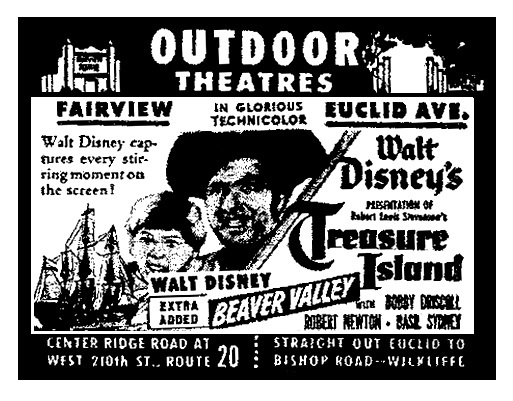 The short lived Fairview Outdoor Theatre opened on September 5, 1947. It screened the 1946 musical/comedy “Holiday in Mexico” with Walter Pidgeon, Jane Powell and Jose Iturbi. In addition a color carton and the current news were also shown. It was opened by Horace Abrams of Castle Drive-In Theatres Inc. The buying and booking agency was Co-Operative Theatres of Ohio. It had a car capacity for 500 cars with RCA in-a-car speakers which was increased to 700 cars in 1950. I believe it closed in 1953 at the end of the season for good.