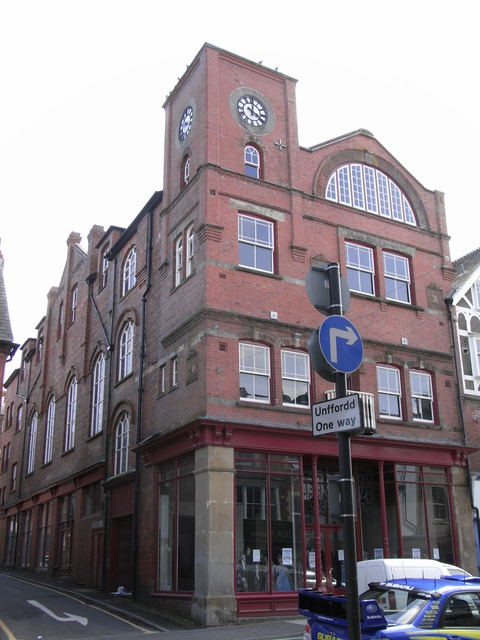 Located in Llandrindod Wells, Powys in mid-Wales. The Victoria Hall was built in 1897-1898 and included a theatre, I believe upstairs on the first floor. The proscenium was 20 feet wide. By 1927 it was operating as the Kino Picture House. It was soon equipped with an AWH sound system. The Kino Picture House was re-named Plaza Super Cinema in 1934. By 1937 it was known as the Plaza Cinema and was operated by the Welsh Paramount Picture Theatres Ltd. circuit. The Plaza Cinema was listed in the 1953 edition of Kinematograph Year Book as (Closed).

In 2015 the Victoria Buildings have recently been renovated. The ground floor is in use as an antique market, but the former cinema upstairs is currently not used.