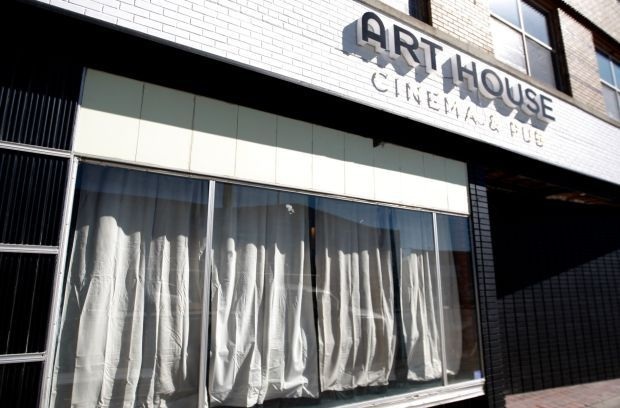 Matt and Kate Blakeslee celebrated the open house of the Art House Cinema & Pub on March 14, 2015, with regular programming beginning on March 18. At a cost of $220,000, the non-profit cinema was carved out of a bowling alley, which closed in 2007. The G&W building was built in 1940 and at one time housed a Packard dealership.

According to the Billings Gazette, architect Dennis Deppmeier was the designer of the renovations. The cinema currently has 52 cushioned seats, and 15 cushioned bar stools with plans to add more screening rooms.

The Art House specializes in documentaries, independent, and foreign films. The weekly schedule is from Wednesday thru Saturday, with refreshments, including local craft brews, wines, and bakery goods. Blakeslee is quoted in the Gazette as saying, “We aren’t trying to position ourselves to compete with Carmike, but every week there are 10 to 20 films coming out that aren’t showing here".

Art House Cinema has launched their Phase 2 Capital Campaign to expand and become a 3 screen theater! You can help make this a reality by jumping on the website arthousebillings.com and donate! Follow on Facebook too! Bringing more film, art, and culture to the great city of Billings, MT!