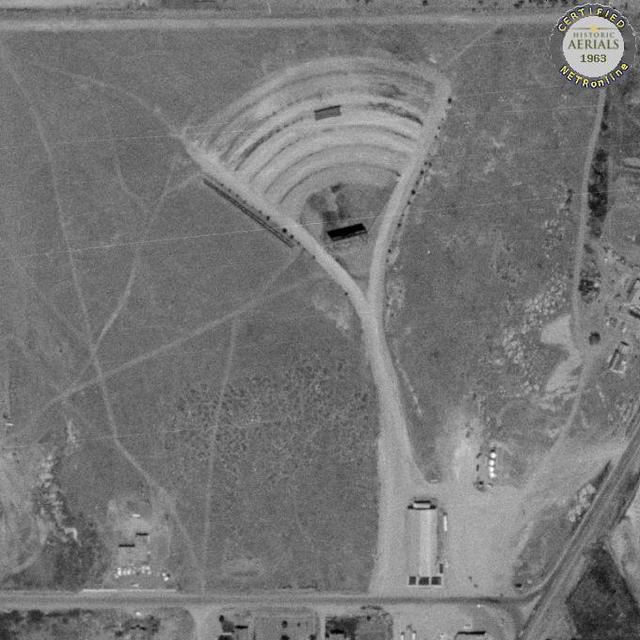 The Mesa Drive-In was located on the NE side of the town just to the east of the high school. The drive-in was owned and operated by Howe Theaters.

It was open by 1959 and managed to make it until at least 1985. However, it was subsequently closed and totally demolished.

Today, there are baseball fields covering the property with no trace of the drive-in left. However, the old, rusted marquee is still there at the corner of E. 200 N and US 191.

(Special note: I also found the remnants of a drive-in located south of Blanding here … https://goo.gl/maps/qr9cM … However, despite the obvious evidence of ramps, projector booth and screen foundation, there is nothing on any topo map or other sources that indicates this drive-in existed at all by 1959).