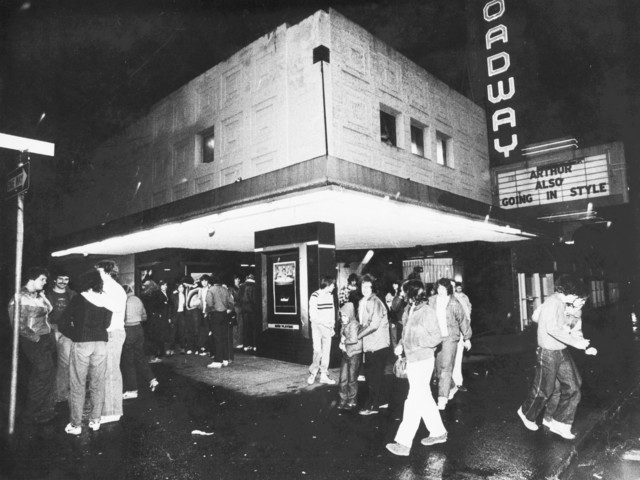 The Broadway Theatre was opened on January 9, 1947 with Robert Young in “Lady Luck”. It was closed on December 27, 1981 with Michael Caine in “Going in Style” and was demolished in January 1982.

The Broadway Theatre opened circa 1947 and was demolished in the early 1980s.

Interesting that it closed by 1957? As a ten-year-old, my parents took me to the Broadway to see “North by Northwest.” The release date for “North by Northwest” was July 28, 1959. I also went with friends to several movies at the Broadway well into the sixties. The billboard shows the movie “Arthur” (1981) and “Going in Style” with George Burns (1979). I would say the closing year is off by at least 24 years. However, thanks for the picture, it brings back some good memories.

Closed on December 27th, 1981 and the management moved into the Kiggins theatre the next day.

and wasted no time demolishing it. 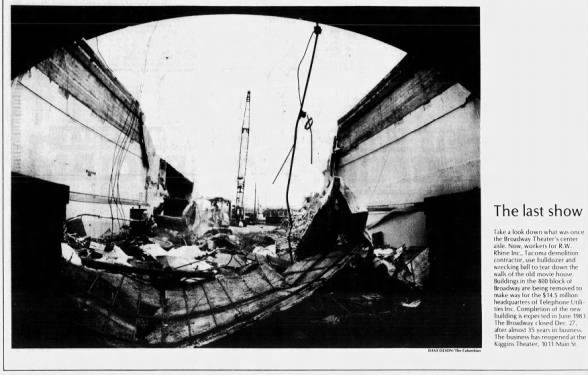 The records of architect Day Walter Hilborn list the Broadway Theatre in Vancouver as a 1947 project.