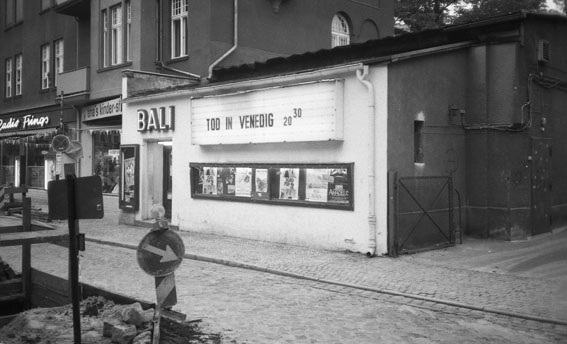 Located in the outer southwest Berlin district of Zehlendorf, on Gartenstrasse, a side street off Teltower Damm. The building was originally a dance hall built in 1900. In 1946 it was converted into a cinema named Bahnhofs-Lichtspiele. Seating was provided for 210.

In 1964 it was re-named Bali Kino. It screens independent films and documentaries as well as children’s films. It also hosts theatrical performances readings and dance events.