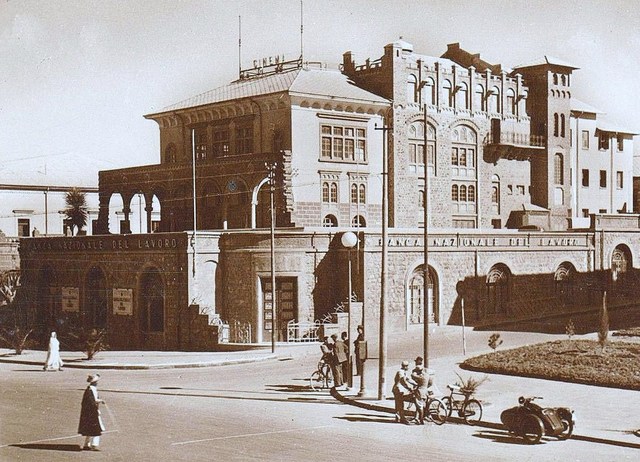 Located on Harnet Road, next to the Asmara Telecommunications Office. The Opera House was opened in 1920. Alterations were carried out in 1936. In 2012 the theatre is in occasional use.

The Wikipedia page for this theater (which has several photos) says that it was designed by Italian architect Odoardo Cavagnari. A number of other Internet sources call Cavagnari an engineer. Archinform says he was both. As head of the colonial government’s Civil Engineering Office from 1912 to 1918, he prepared master plans for the cities of Asmara and Keren.