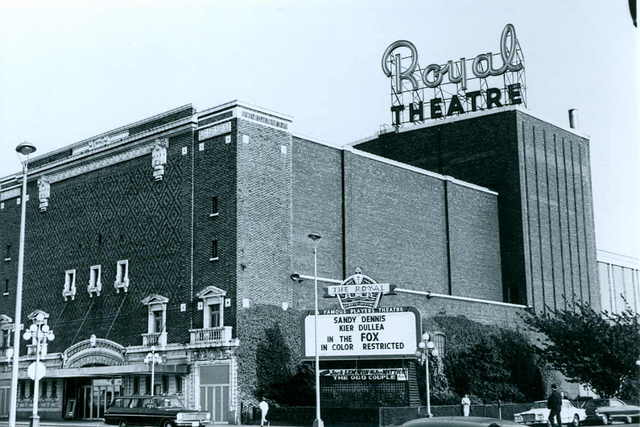 Opened in 1913 as a privately owned and operated roadhouse, it was taken over by the Allen Theatres chain in late-1919, later operated by Famous Players, it was closed as a movie theatre in 1981.

It was meticulously restored in the period 2002-2006 and now serves as home to Victoria’s Symphony Orchestra. The Royal Theatre was listed as a historic monument in 1987.

Architects were W. Roquefort and E. Sankey. The first movie showing was in 1917.
Also home to Victoria Dance Series, and various other live attractions.

There is no longer a screen at the Royal. Feature films haven’t been sceened there since the early 1980’s, under a covenant made with Famous Players when the theatre reverted back to live performances only.

The correct names of the architects of the Royal are William D'Oyly Rochfort and Eben W. Sankey.

Here is the official web site of the Royal Theatre. The house is operated, along with the McPherson Playhouse, by the Royal and McPherson Theatre Society.

The Hallmark Society, a local preservation group, has several photos of the Royal on its web site.

An extensive collection of photos depicting the restoration of the Royal’s exterior can be seen on this page (scroll down) at the web site of the architect for the restoration project, Allan R. Cassidy.

This web page has a bit of information about the 1992 expansion of the Royal Theatre, when wings were added to each side of the historic structure as part of its conversion into a modern performing arts venue. There are three small photos. The lead designer for that project was Alan Roy, then with Wagg and Hambleton Architects, Victoria. 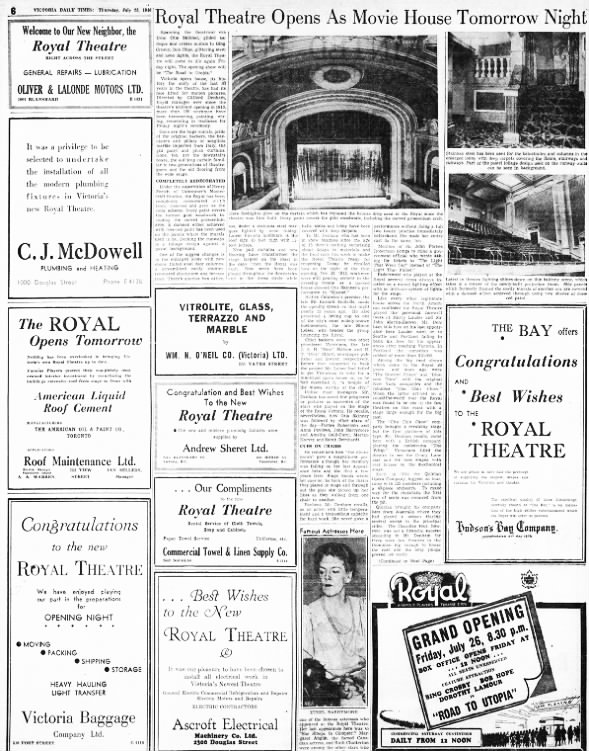