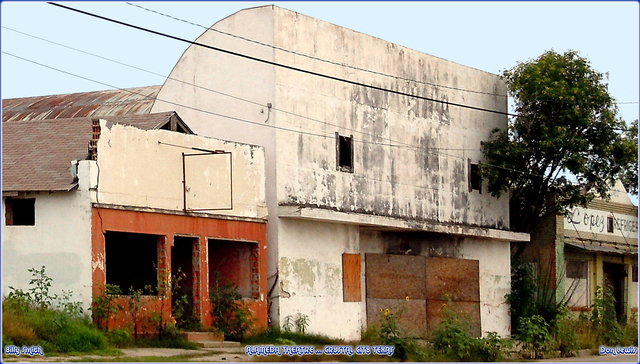 The Alameda Theatre was located in the 800 block of W. Zavala Street. The building was still standing when Google’s camera car last passed by, but the theater and everything else on its block looked abandoned.

Photo here (© Andrew Butler.) The building appears to have been used as a Spanish language church for a while, as the world “Templo” appears near the doors, but I can’t make out the rest of the words. The building is boarded up in Google street view, which is apparently more recent than Butler’s photo.