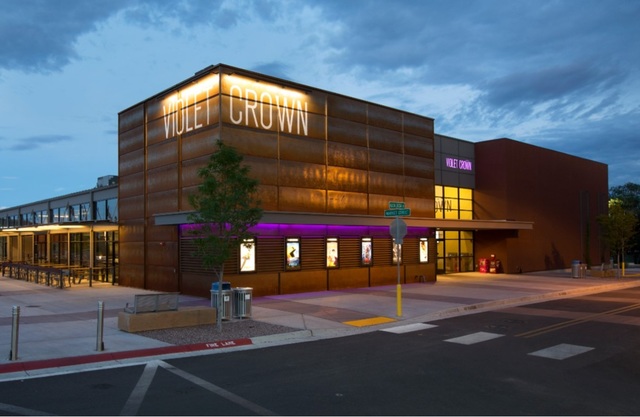 The 11-screen, 750-seat Violet Crown Cinema opened on May 1, 2015, in the Railyard, a shopping, dining, entertainment, and gathering place. According to the Albuquerque Journal, the largest auditorium seats 150 while the other 10 seat 60 each.

“It’ll be a mix of independent films and big blockbuster movies that will appeal to a diverse population,” said owner Bill Banowski, who also runs a Violet Crown Cinema’s in Austin and Charlottesville. Among the opening day films were “Avengers: Age of Ultron” (also with Spanish subtitles) and the French film “Clouds of Sils Maria".

It was noted in the Journal that the cinema is far enough away from the Regal 14 that under rules they can play any film that Regal is playing. The mainstream films will be their bread and butter but they are providing a niche for art films.

The cinema also includes a full sit-down restaurant where food and beverages can be purchased and brought to recliners with retractable trays.