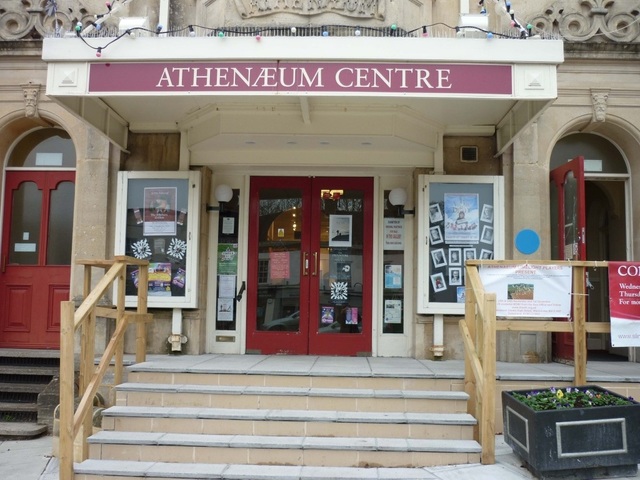 Located in Warminster, Wiltshire. The Athenaeum was built in 1857 and the main hall was built in 1879.. Around 1912 it was taken over by the Albany Ward Circuit and opened as the Palace Cinema with seating provided for 450 in stalls and circle levels. The proscenium was 18 feet wide. Around 1929 it was equipped with a sound on disc sound system, which was soon replaced by an AWH sound system. It was leased to Mr. C. Rowe who operated the Vista Cinema, Westbury. In the late-1940’s it was taken over by the Marks Circuit of Manchester. In 1948 to 1951 it was operated by the J.F. Emery Circuit. The Palace Cinema was closed in the 1950’s.

The building lay unused until it was restored and re-opened in 1969 as the Athenaeum Centre, now presenting plays, live performances, concerts and independent films. Seating is now provided for 222, with 146 in the stalls and 74 in the circle.

The Athenaeum Centre is a Grade II Listed building.