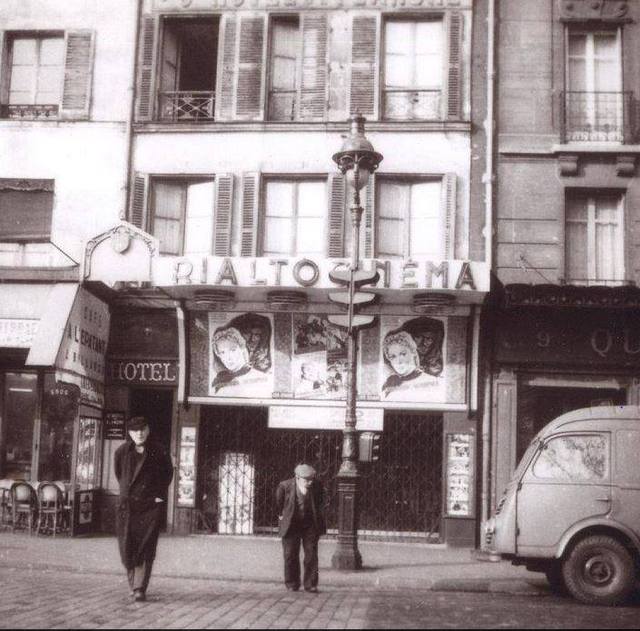 Located in the Villette district of north central Paris, on what was originally named Rue de Flandre. The Cinematograph de la Villette opened on 14th February 1908. It had a narrow auditorium and a rear projection system. It was later known in the 1930’s as the Rialto Cinema. In the 1980’s it was screening karate films and finally became an art house cinema which closed in 1989 as the Rialto Bananas.