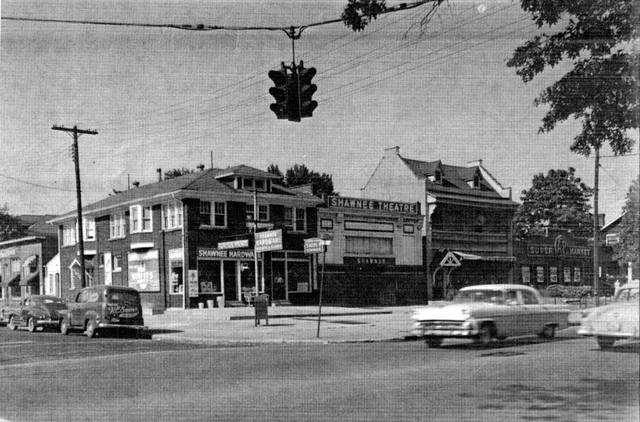 Although the item gives the location of the new theater as 37th and Broadway, this project that was listed in the February 26, 1916, issue of The Moving Picture World was undoubtedly this house:

The Shawnee theater, located at 37th and Broadway, in Louisville, is preparing to open its new theater inside of the next few days. The house has just been completed and is a very attractive suburban theater. A five-piece orchestra will be used at the opening, and it is understood that this musical arrangement will be continued, although it is unusual for an outskirts house. The operating room is equipped with two of the latest Standard machines.“An earlier item about the project appeared in the November 6, 1915, issue of the same publication:

“Tom Trakes has just taken out a building permit for a brick motion picture house to be erected at 3723 West Broadway, in the center of a district which is rapidly building up. This theater will be on the western outskirts of the city, and in a district where a very good class of business is to be obtained. The theater will cost about $8,000. The theater will have a seating capacity of 500 and will be the ‘Shawnee.’”The project was also mentioned in the November 6 issue of The American Contractor, but no architect was named. I believe that the notation “private plans” included in the item meant that the building had been designed by the builder or the owner.

Thank you Joe Vogel for the clarification on the address and years of operation. I could find very little about this theatre, other than Facebook comments from townspeople who attended it in the 50's. I knew from the screen grab that it was already in operation at the time of their "Great Flood of37.