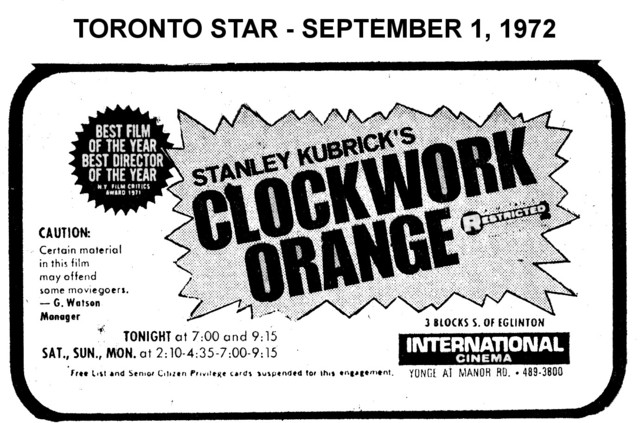 Located on Yonge Street at Manor Road. The Oriole Theatre was opened in 1933. It was remodelled in 1941, and on February 12, 1942 was renamed Cinema. By 1947 it had been renamed International Cinema. I have a newspaper advertisement for this theatre that I would like to post. It was still open in December 1970 and played “Quackser Fortune” with Gene Wilder.

Doug Taylor has a web page for the International Cinema with two historic photos. The Oriole Theatre was originally designed by architect Kirk Hyslop in 1933. It was remodeled in 1941 with plans by Kaplan & Sprachman. One of the photos dates from 1945 when the house was called the Cinema, which name probably dates from the 1941 remodeling. It had become the International Cinema by 1947.