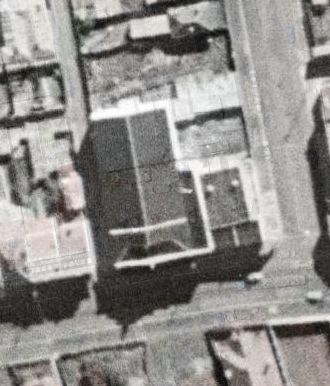 Arncliffe is a small southern suburb about eight miles from Sydney’s cbd and part of The City of Rockdale. Its mostly residential with a commercial area centred around the railway station.

This is where the Lyric Theatre was found. In its first incarnation it was an open air theatre dating from 1911. Next it was a tin shed theatre called the New Lyric Theatre.

In 1927 Hoyts acquired the theatre from the Szarka brothers who operated the still existing Enmore Theatre and others in the Western suburbs. The Lyric Theatre had an Art Deco style makeover in 1939 to the plans of architect Charles Bohringer. It re-opened as the Arncliffe Hoyts on 13th August 1939. Seating was provided for 730 in the stalls and 382 in the circle. The projection box was located at the rear of the stalls, beneath the circle.

It operated until 1960 when it was converted to a serviceman’s club, the RSL.

Nine years later it was demolished and today a factory outlet shopping centre occupies the site.