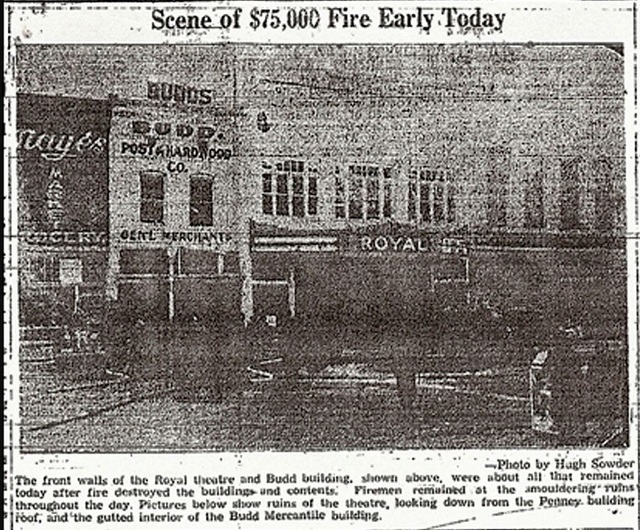 The original Royal Theatre, Fayetteville was located at different location in town, and was closed July 17, 1921.

This ‘new’ Royal Theatre was opened August 19, 1921 with 900 seats. It was built and operated by E.A. Budd. In 1940 it was decimated by a fire, which also destroyed Budd’s mercantile store.

The Royal Theatre was rebuilt in the same spot, and utilized the original marquee. It had seating provided for 375. The Royal Theatre was closed in the mid-1950’s. In 1956 the building became part of the neighboring J.C. Penny’s department store expansion. Though the Penny’s store still stands today, used by different retail operations, the Royal Theatre has been demolished and the site became a parking lot (now laid out gardens).