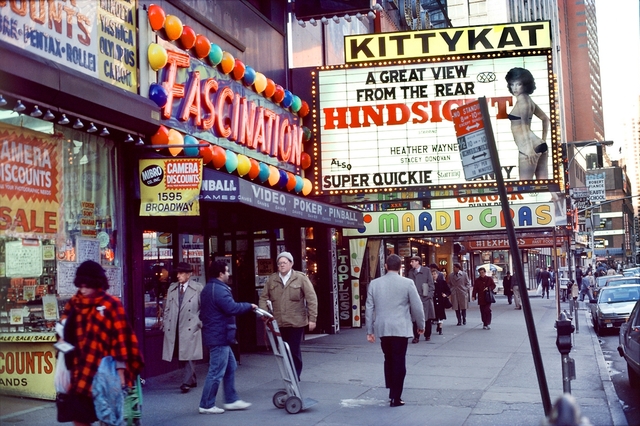 The Grand Pussycat Theatre (former Trans-Lux 49th Street Theatre) on Broadway was so successful as an adult movie theatre in the early-1980’s, that the Pussycat 2 Cinema was opened around the corner on W. 49th Street. It is thought to have been located in the basement of the Ramrod Cinema (a gay adult movie theatre).