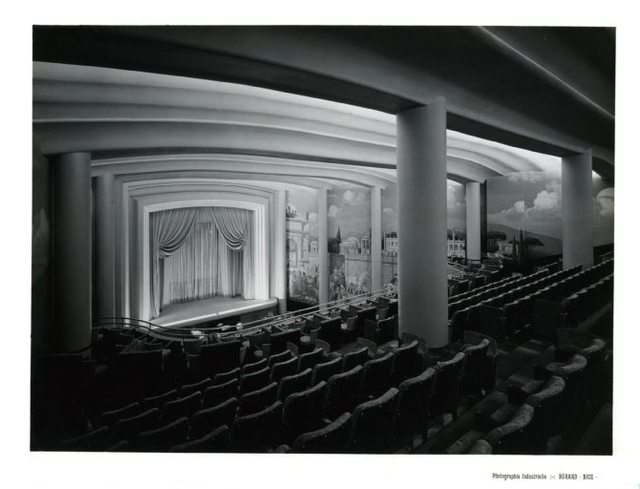 Opened on 1st December 1933 with a stage show “Paris-Deauville” starring Armand Bernard. There was a large orchestra and the organ was played by M. Franck. On 8th December 1933 it screened its first film: Fredric March in “The Sign of the Cross”. This was the most beautiful movie theatre of the Cote D'azur and the south of France. The walls of the 1,375-seat auditorium had floor to ceiling painted frescoes of Grecian idyllic scenes, giving a feeling of an Atmospheric style auditorium. These were the work of artist Etienne Doucet. It was also used for theatre and concerts.

It was equipped with CinemaScope on 23rd December 1953 when “The Robe” starring Richard Burton was screened. The Escurial Cinema Theatre was closed in 1979.

It became a night club which closed in 2009. Later a Casino Supermarket, by 2020 it was a Lidl supermarket.