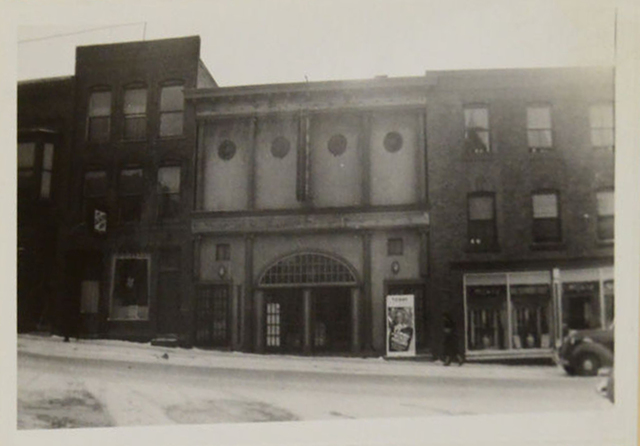 The Empire Theatre was a downtown cinema in St. Albans which opened about 1920 and was still operating in 1950. Further information welcomed.

The Theatre Historical Society archive has the MGM Theatre Report for the Empire; it’s Card # 590. Address is Kingman St. There is an exterior photo taken May 1941. The Condition is Poor. The report says it opened about 1920 and does not show MGM films. There were 450 seats. The 1940 population of St. Albans was 8,000. Competing theaters were the Weldon and the Bellevue. There is a note dated 1950 at the top of the card which reads “Get new photo”. This suggests to me that some work must have been done on the exterior so that the theater had a different appearance on the outside.

One source says that the Empire was later renamed as the Studio Th., but I have not yet seen any additional info to that effect.