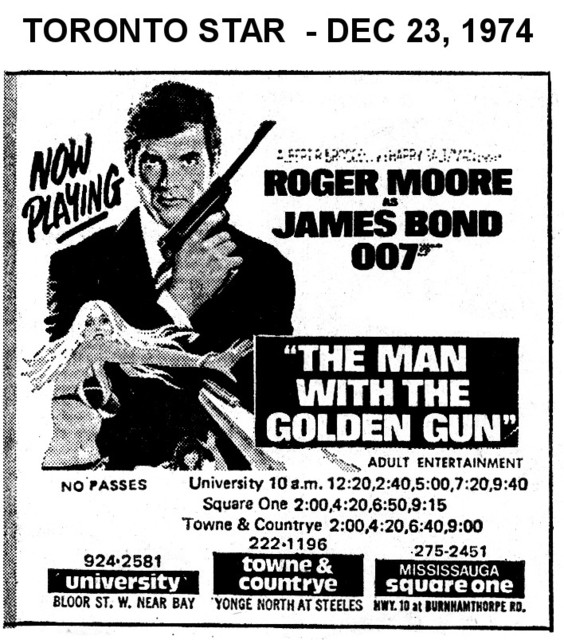 The theatre was located in Centerpoint Mall (formerly Towne and Country Square) a shopping mall located in Toronto, Ontario, Canada on the south west corner of Steeles Avenue and Yonge Street. Opened by Famous Players as a twin-screen theatre on November 7, 1969. Later the largest screen was spilt in two and the mall & cinema was renamed Centerpoint.

This theatre was equipped with 70mm 6track Dolby Stereo and showed “Indiana Jones and the Last Crusade”. It was closed on April 22, 1999.

This opened as Towne & Country with two screens on November 7th, 1969 by Famous Players. Later on the largest screen was split creating 3 screens and renamed Centerpoint after the mall changed its name. Closed in 1999 during the megaplex boom. Grand opening ad posted.

The cinema closed on April 22, 1999 (Earth Day) and its final three films were American History X, A Civil Action, and Saving Private Ryan.

The back of the theatre can still be clearly identified in this Google Street View image, 20 years after it closed. The auditorium that was split is on the left, which became cinemas 2 and 3 (both narrow with single aisles down the centre). Cinema 1 is on the right. Under Famous Players' early 90s approach of using old theatre names instead of numbers, these were called Palace (red), Avalon (yellow) and Rio (green) – from largest to smallest, if my memory’s correct.