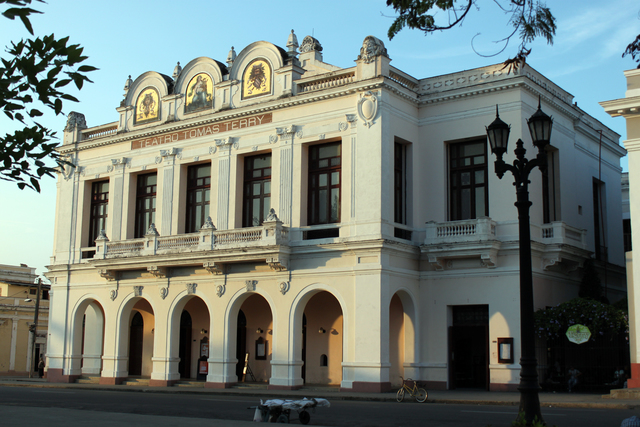 Thomas Terry was an Irish immigrant who in the late years of the XIX Century established residence in the City of Cienfuegos, where he become very wealthy. He wished to build a magnificent theater in his adoptive city but died without fulfilling his wishes. After his death, his sons took upon themselves to build the dream theater of their father, doing so rightfully and named it after Thomas. The grand opening took place on February 12, 1890. It is located on Avenida 56 at the corner of Calle 27.